(Image is a courtesy of istockphoto)

"Wearing high heels pitches a woman's body forward, lifts her buttocks 25 percent, arches her back, makes her breasts stand at attention, elongates her calves, and causes her hips to sway seductively when she walks," explains Susan Reynolds, author of Change Your Shoes, Change Your Life."

In your face! Haha!

Never I imagined that I've been messing with your pretty little head, since forever! Hah! =D

I didn't planned anything, but since you brought me into your head and claim this and that about me, I guess I'm messing with your head even when I don't know I'm doing it! Terima kasih for everything, btw. Tuhan Maha Adil, after all.

Sidenote: You are self-destructing. I didn't do anything, and I won't. Keep up the good work! Haha! =D

And for the record, your thoughts are silly+childish back then, and still, even today. Please lah.
Scribbled by pika pikah at 3:04:00 PM No comments:

I randomly came across this short story. Sometimes blessings in life come in the simplest form.


"My parents have been married for 35 years.

The other day my mom told me that when my dad calls her up at work to see if she wants to grab a cup of coffee, she still gets butterflies in her stomach.

Their everlasting love gives me hope."

Things that can turn me mental (as of currently)

I'll Be Your Voice

From the very begining, the girl's family objected strongly on her dating this guy. Saying that it has got to do with family background & that the girl will have to suffer for the rest of her life if she were to be with him.

Due to family's pressure, the couple quarrel very often. Though the girl love the guy deeply, but she always ask him: "How deep is your love for me?"

As the guy is not good with his words, this often cause the girl to be very upset. With that & the family's pressure, the girl often vent her anger on him. As for him, he only endure it in silence.

After a couple of years, the guy finally graduated & decided to further his studies in overseas. Before leaving, he proposed to the girl: "I'm not very good with words. But all I know is that I love you. If you allow me, I will take care of you for the rest of my life. As for your family, I'll try my best to talk them round. Will you marry me?"

The girl agreed, & with the guy's determination, the family finally gave in & agreed to let them get married. So before he leave, they got engaged.

The girl went out to the working society, whereas the guy was overseas, continuing his studies. They sent their love through emails & phone calls. Though it's hard, but both never thought of giving up.

One day, while the girl was on her way to work, she was knocked down by a car that lost control. When she woke up, she saw her parents beside her bed. She realised that she was badly injured. Seeing her mum crying, she wanted to comfort her. But she realized that all that could come out of her mouth was just a sigh. She has lost her voice......

The doctors says that the impact on her brain has caused her to lose her voice. Listening to her parents' comfort, but with nothing coming out from her, she broke down.

During the stay in hospital, besides silence cry,.....it's still just silence cry that companied her. Upon reaching home, everything seems to be the same. Except for the ringing tone of the phone. Which pierced into her heart everytime it rang. She does not wish to let the guy know. & not wanting to be a burden to him, she wrote a letter to him saying that she does not wish to wait any longer.

With that, she sent the ring back to him. In return, the guy sent millions & millions of reply, and countless of phonecalls,.. all the girl could do, besides crying, is still crying....

The parents decided to move away, hoping that she could eventually forget everything & be happy.

With a new environment, the girl learn sign language & started a new life. Telling herself everyday that she must forget the guy. One day, her friend came & told her that he's back. She asked her friend not to let him know what happened to her. Since then, there wasn't anymore news of him.

A year has passed & her friend came with an envelope, containing an invitation card for the guy's wedding. The girl was shattered. When she open the letter, she saw her name in it instead.

When she was about to ask her friend what's going on, she saw the guy standing in front of her. He used sign language telling her "I've spent a year's time to learn sign language. Just to let you know that I've not forgotten our promise. Let me have the chance to be your voice. I Love You. With that, he slipped the ring back into her finger. The girl finally smiled.
Scribbled by pika pikah at 5:52:00 PM 2 comments:

pika pikah
Currently an educator, specifying in Teaching English as a Second Language. Used to live in Auckland, New Zealand. Now I'm back in Malaysia and still looking for the meaning of life. 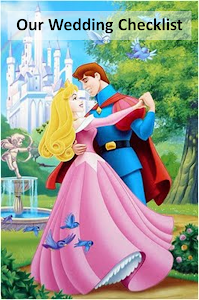 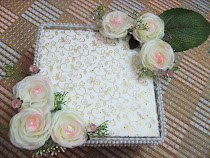 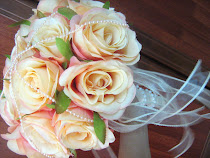 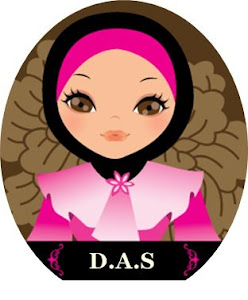 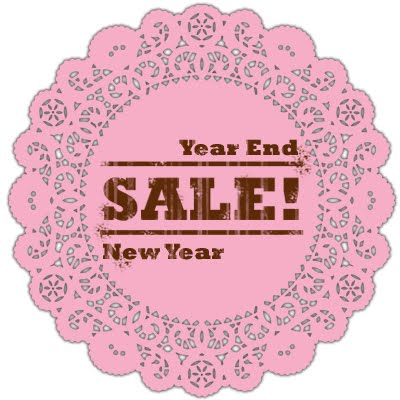 Looking for a wedding photographer? 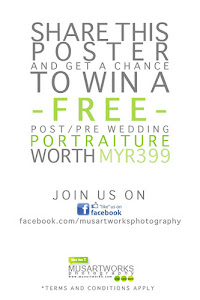 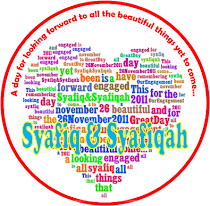 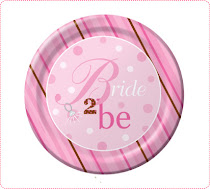 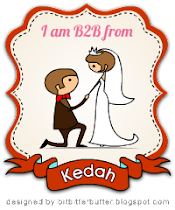 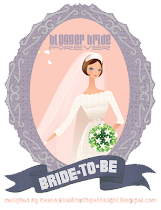 Bits and pieces of my love-filled journey 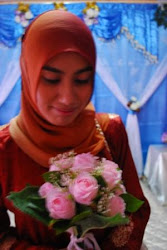 I had the biggest crush on this ladies man, Irsyad!

My youngest brother and I

With my sifu, Puan Norlida 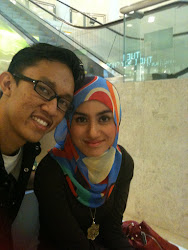 He Who Must Not Be Named

Eid in Auckland, NZ. Sure was different, but memorable... 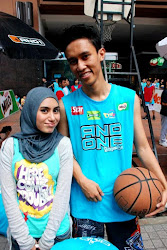 Friends I can never find elsewhere.

Sayang them. So so much! 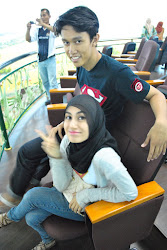 My one and only cupcake 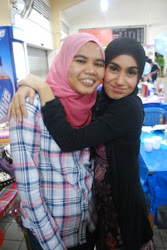 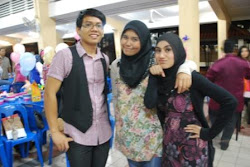 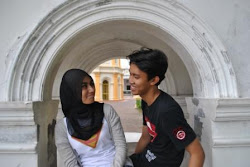 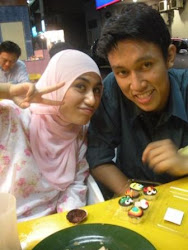 The one who always make me smile